In this sense, the League of Legends Superliga Orange, has played a key role, given that it reached 9.52 million accumulated viewers in 2 seasons.

A growth of 47% on the previous year!

The Orange Super League has managed to overcome the pandemic, transferring all its competitions online and has managed to connect with new audiences.

“Despite the difficulties of the year, we said goodbye to 2020 at LVP with the best audience results in our history.

The balance is very positive as our main competition, the League of Legends Super League Orange, has once again grown by double digits.

In addition, and thanks to the support of Riot Games, we are a reference in VALORANT, which aims to become one of the most important games in the sector in the coming years.

In short, we continue to lead the eSports ecosystem in Spain”

One of the industry milestones in 2020 which had a positive impact on LVP is the launch of VALORANT, the long-awaited shooter from Riot Games.

LVP was committed to the development of the VALORANT ecosystem in Spain since its inception, with the production of King of the Beta.

Recently, LVP with the support of Riot Games also organized the first competition in the history of Wild Rift in Spain.

Basically the mobile version of League of Legends.

The competition, which featured the participation of six teams made up of professional players and content creators, attracted more than 250,000 spectators.

This was the first competitive step in a game destined to provide eSports lovers with endless hours of entertainment.

In a year marked by the pandemic, LVP turned to the production of charity events and competitions such as La ChamPlay Solidaria.

An event led by Paulo Dybala, an Argentine footballer playing for Juventus in Turin, and Diego Schwartzman, an Argentine tennis player.

In addition, LVP also produced the Gran Turismo All Star:

LVP has collaborated with Save the Children by donating all the proceeds obtained through subscriptions from its principal Twitch channel (€7,500).

2020 was a year in which new associations and projects have been forged, also reinforcing all the ways that had already been paved in previous years.

LVP inaugurated the national LoL competition in Ecuador at the beginning of the year, which was another step in its expansion throughout Latin America.

Three years after landing in the region, LVP has not only consolidated its influence as an organizer of the main national competitions.

But it has also given a boost to the sector with significant audience growth and a wide range of content.

After Mexico, Colombia, Chile, Peru and Argentina, Ecuador now has its own national League of Legends league after LVP launched the Volcano League in February.

Electronic Arts and LVP, a year of new projects

LVP has found a partner in Electronic Arts for projects of both national and international significance.

In this sense, Electronic Arts (EA) and LaLiga once again called on LVP for the fourth consecutive year to handle the operation of its eLaLiga Santander.

This is the most important FIFA competition in Spain that will take place in the first half of 2021.

In addition, LVP has also been chosen as the operator of the eLaLiga Santander Fan Cup, a new FIFA competition for amateur players from up to 16 different countries around the world.

On an international front, LVP and EA produce the FIFA Global Series in South America:

LVP will continue its commitment to develop eSports.

In Spain, the League of Legends Super League will return in January with a spring split.

In addition, the agreement between VALORANT and LVP will continue during the new year with the Rising Series.

LVP is preparing to enjoy one of the most important sporting duels in South America.

River Plate and Boca Juniors, the two classics in Argentine soccer, will face each other during 2021 with their respective League of Legends teams in the Master Flow League of Argentina.

The Superclassic is now part of the Wild Rift, the League of Legends game map.

LVP (Liga de Videojuegos Profesional) is one of the largest operators of video game competitions in the world and the largest eSports organization in the Spanish language.

Through its headquarters in Barcelona, Madrid, Buenos Aires, Bogotá and Mexico, LVP has a presence in more than 30 countries.

It organizes the most prestigious national competitions (such as the Orange Super League in Spain or the Master Flow League in Argentina) and large international tournaments.

It has online competition platforms (ArenaGG), it manages events for third parties (such as the Santander eLaLiga for LaLiga and Electronic Arts) and distributes world events such as the League of Legends European Championship (c) in Spanish. 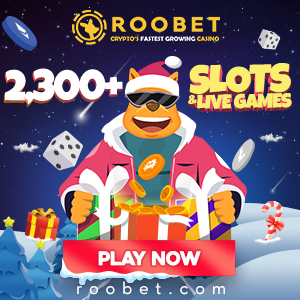